At the same time, there will be a free educational program for children, based on the exhibition works.  The children get to meet, and discuss with, the artist. They hone in on the techniques she used and, guided by their imagination, they get the opportunity to create their own unique works of art.

For each of the KROMA One Off exhibitions, there will be a limited amount of copies of collectible prints. 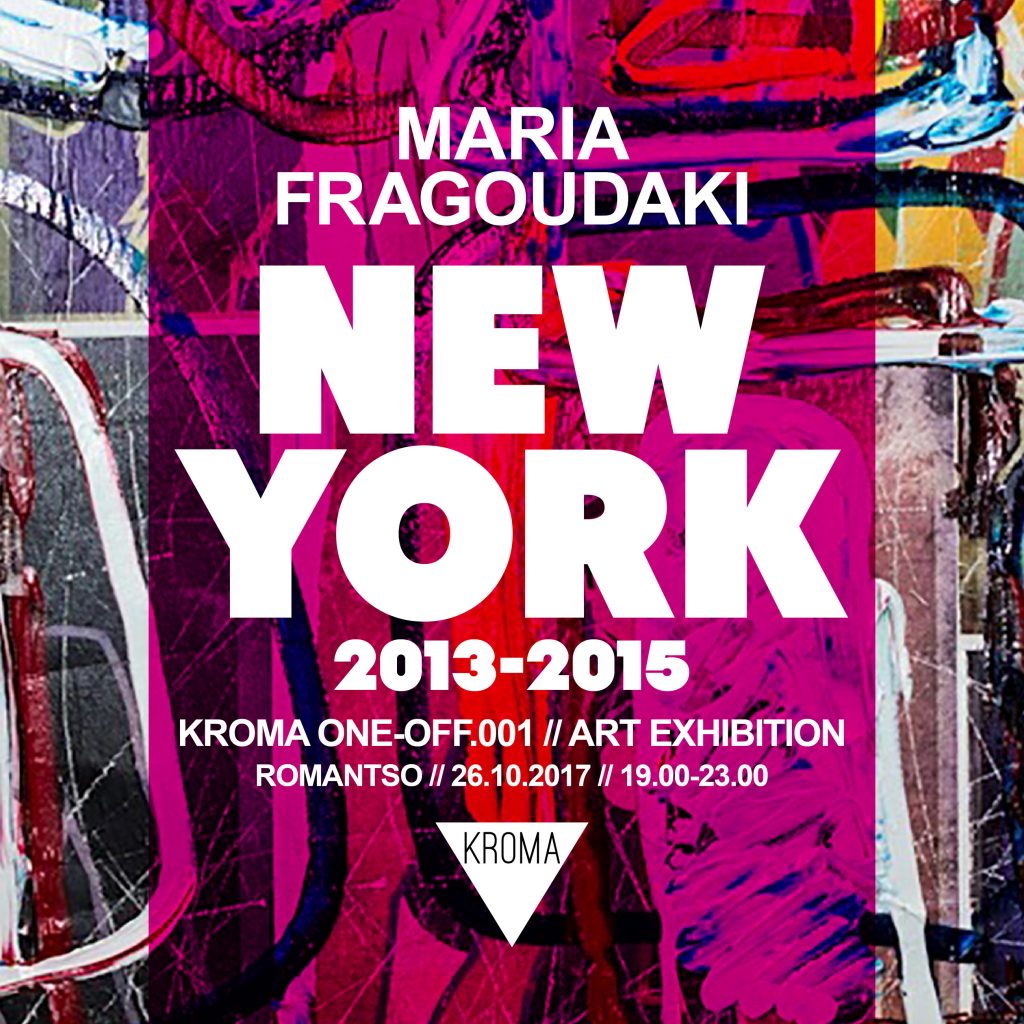 With the exhibition ”New York 2013-2015” I want to show my work and its progress from my years in New York as a story. I started with completely abstract works emphasising only on colour. I moved on to silkscreen printing influenced by my teacher Donald Sheridan, who was the right hand of Andy Warhol. Under the same influence, I continued to collage and I finished the series ”Superheroes”, where I presented at a solo exhibition in New York.

In 2014, after my residency at SVA ( School of Visual Arts) I incorporated additional elements in my work. Usually a piece of wood placed next to or above the work, giving it a three dimensional shape. Two of the works in the exhibition are RIDE and SEAKOUT which are part of the unit ’Seek Out Giants”.

Later, I started devoting more time to studying various materials and their properties. Here I applied the knowledge from my studies in Chemistry, which I took advantage of in my work. I was either taking materials directly from nature or from hardware stores

Then, my emphasis on colour moved on to materials. This section of my work ”FROM\Less” was also presented at the Jewish Museum.

Also,during the exhibition will be a projection of my live performance at Syntagma and the transformation of the facade of the Great Britain Hotel in April 2017.

Why KROMA One-Off: One Day Exhibitions?

KROMA wishes to bring art to the world where people are rather than inviting them into places especially designed for it. Enjoy artwork in their hangouts, be able to meet and exchange their impressions of what they see.